As part of its mandate to protect small farmers in Nigeria, through the Area Yield Index Insurance (AYII), PULA Advisor, an insurance and technology company on Wednesday settled some farmers in Kaduna State who subscribed to some of their insured agric products. 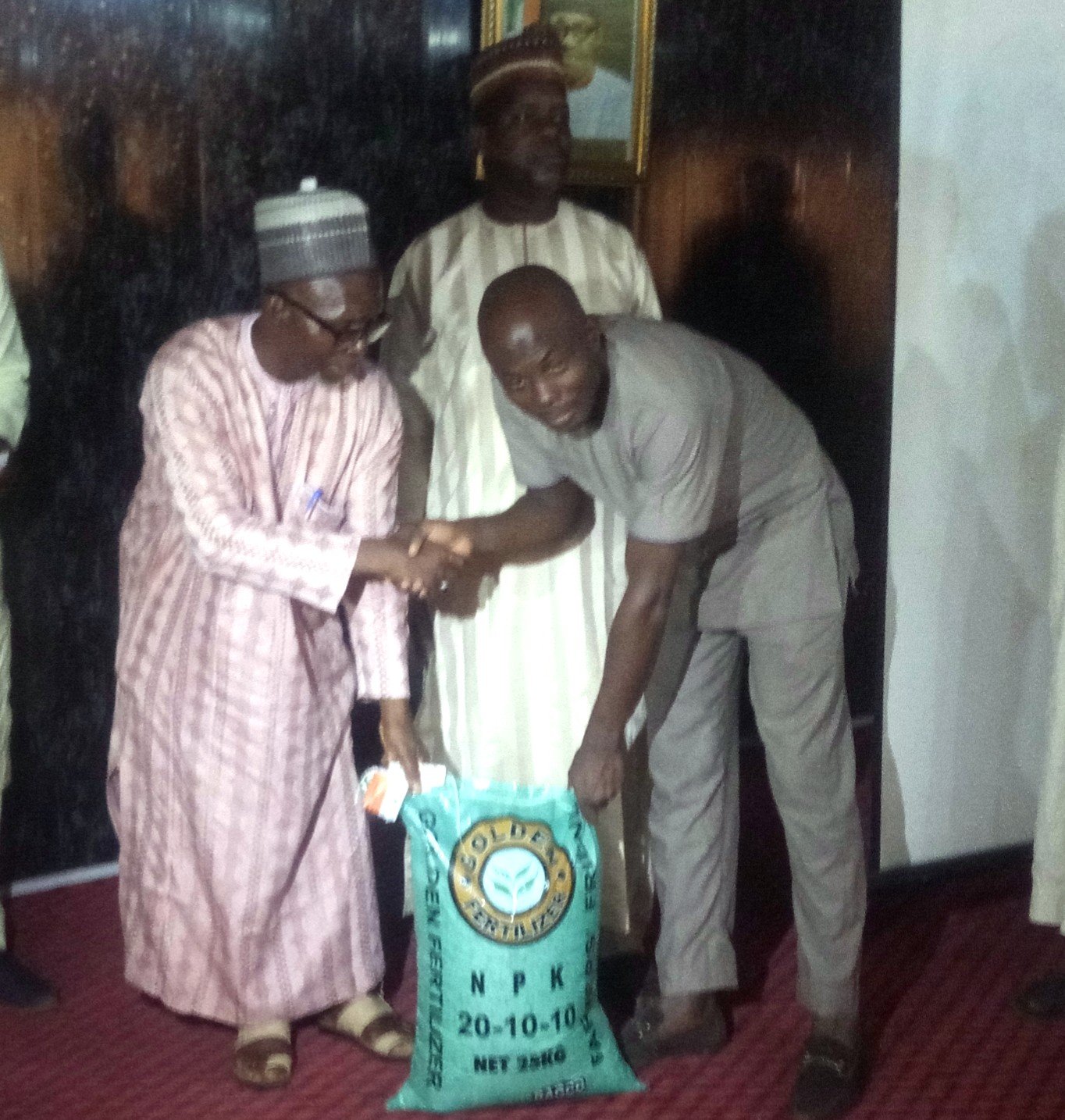 The insurance product, AYII, was designed to protect not only the initial loan or the capital the farmer puts in, it also protects their potential cash flow. The insurance also pays the farmers the potential revenue that they will get out of their investment, according to the organizers.

Speaking at an event for payout to beneficiary, Country Manager and Project Director of PULA in Nigeria, Dr. Samson Ajibola explained that the company uses technology to drive Agric insurance to ensure that excluded small holder farmers gets insurance by making insurance easily accessible to them.

Dr Samson, said PULA’s partnership Flour Mills of Nigeria, served as the operation engine that carry out production and labeling of the fertilizer, while Leadway Assurance Company Limited wait to see if there is either a loss or not, then PULA in turn does the field work tracking every bag of fertilizer in every village and agro dealers shop so that as farmers buy the fertilizers, it make sure their data are captured like phone number, BVN, type of crops farmers plant, village where farms are located.

“In fact, the size of the farmlands are also captured. And at the end of the season before farmers start harvesting, PULA accompany them to the field for the harvest to measure exactly what their yield is, take GPS location of the farms, take pictures and ask them what were their challenges during the season.

“By so doing, we are able to collect the yield data to calculate and ascertain whether farmers had a claim or not.” He added.

He disclosed that the event was for those farmers who had claims during the pilot phase of the program started in 2018, who have come to receive their claims pay out.

Speaking on the acceptance of the program, the Country Manager of PULA, said seeing the reaction of farmers at the event showed that they actually accepted the program, because the pilot was on 25kg bag, pointing out that 2 bags of 25kg of fertilizer is more expensive to 50kg bag, yet farmers still go for the 25kg.

“When you ask them why the presence for 25kg bag, the reply is that they go for that because of insurance.”

According to him, data have shown that farmers because of insurance are ready to even pay 10 per cent more than the normal cost of production because they want to get insurance.

Dr. Ajibola explained further that if a local farmer with less than 10 hectares can buy an Agric products especially those with insurance and ensure that the product is activated, when floods, quilerbirds, pest, diseases, draught among other negative effects on the yield, the farmer can be sure it’s not going to be a total loss but something no matter small is going to come back to him to serve as a starting point for the next season.

He encouraged local farmers to buy products with insurance label, pointing out that it will help cushioned some if the effects of what they could not control in their farm investment.

He also said that in 2018 PULA piloted in Kaduna and Kano states, but at the moment it was going to Sokoto, Kebbi, Zamfara, Jigawa, Katsina and Niger states.

Others are: Nasarawa, Benue, Taraba, Kwara and some states in the southern part of the country, saying, anywhere the Flour Mills of Nigeria Plc Golden Fertilizers are sold insurance would be taken there.

Also speaking, Yisau Gbadamosi, from Leadway Assurance, said farmers can only continue to enjoy their investment in agric when they have something to fall back to, saying, the risk and burden can be transferred to insurance.

“Insurance in agric is not expensive, the essence of insurance is to lay some of those things that are beyond your control before the insurance company, this will save you from using your capital for reinvestment.” He added.

On his part, Victor Oritedi, Head of Sales of Agro Input, Flour Mills of Nigeria PLC, explained that paying out to farmers that used their fertilizers that have insurance on them, is a fulfilment on their path of the insurance.

According him, the insured fertilizers guarantees some form of yield on the area they are farming and that if there is a short fall in the established yield which they are suppose to have, the company compensate them to enable them not to have complete loss in the whole farming exercise, and that is why they are partnering with PULA and LEADWAY Ansurance to help them achieve it.

“For every insurance there is a premium but from the initial exercise carried out last year we put a premium on it, very token which the farmers can afford but this time around we are not charging the farmers any premium we are going to sell to the farmers the actual cost of the fertilizer without them paying any extra amount as a premium.

“The last exercise we carried out, which was a trial model and they were able to sell about 20 thousand bags with the insurance on it, and this time around we are hoping on reaching more farmers and selling about 60 thousand tons of fertilizers into this program.

“This years we had 12 beneficiaries who had issues that pertains to the insurance claims from Kajuru, Chikun and Igabi Local Government Areas on Kaduna State.”

“The process for farmers who want to take advantage of the initiative is by buying the product which is the once you buy our fertilizer, it automatically qualifies you for the insurance. On the bag there is a unique code which would be used to create the insurance account that will serve as the unique code for every farmer.

“For those that are not able to meet their investment, PULA has a team of specialists that goes around towards the end of harvest to check, the insurance is an area yield so it will be very difficult for someone to say that there was an attack on his farm while others are doing very well. the exercise would be carried out on the whole area or particular areas that have been mapped into clusters.

“It is the insurance index that is carried out in specific areas; let’s take for example, if a farmer says he is in Giwa LGA of Kaduna state and he says there is disaster on his farm and for that reason he could not meet up with his yield, the yield index exercise carries out a thorough analysis of Giwa if there is any of such incidence or the ability for the farmer not to meet his yield is due to his poor farming practices or otherwise. At times farmers can decide to be funny, they want to claim what is not.

“Is not only in Kaduna we target the farmers, our market is basically in the North so wherever our product gets to irrespective of where they buy the fertilizer, they qualify automatically.

One of the beneficiaries, Rahmatu Abubakar, from Igabi LGA, noted that the payout of the fire of it’s kind since she started farming long time ago.

She called other farmers especially women to take advantage of the insurance products, because it has really help her.

She therefore thanked PULA and her partners for their efforts at making sure farmers regains trust.