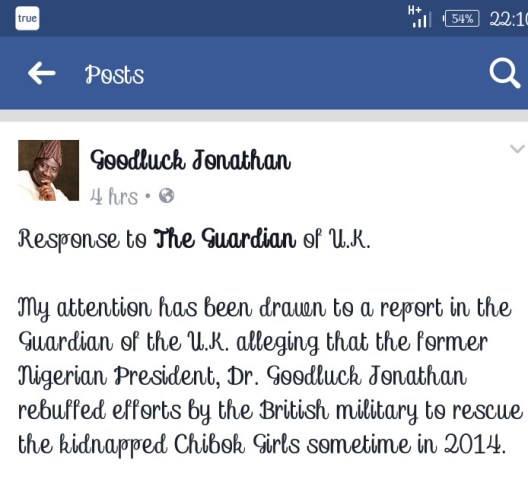 Response to The Guardian of U.K.

For and on behalf of Dr. Goodluck Jonathan.