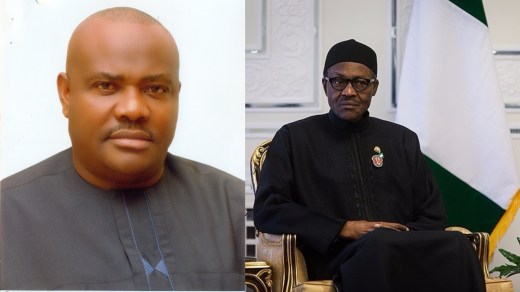 The Movement for the Survival of Ogoni People says the entire Ogoni people are ready to welcome President Muhammadu Buhari to launch the clean-up of their polluted land.

The President is expected to perform the ceremony on Thursday at Bodo in Gokana Local Government Area of Rivers State in line with the report of the United Nations Environment Programme.

Fegalo Nsuke, the National Publicity of MOSOP, gave the assurance in an interview with the News Agency of Nigeria on Wednesday.

“Ogoni is agog; we are really ready for the flag-off of the clean-up by President Muhammadu Buhari this Thursday,” Nsuke said.

He said already, leaders of MOSOP in various communities in Ogoniland had met and consulted to ensure that the right atmosphere was provided for the President to perform the exercise.

He said: “I can assure you that for this particular event, Ogonis are ready.

“Definitely, there will be peace in Ogoniland for the exercise.

“In fact, whoever would want to create problem tomorrow is simply somebody who does not want the progress of Ogoni people.

“I can assure you that the entire Ogoni is prepared for the President.

“I don’t think that there is any honest and sincere Ogoni person who would not want the President to come and launch the clean-up.

“I don’t want to believe that there is anybody thinking in that way.”

Speaking on the significance of the exercise, Nsuke said it was the fulfillment of the struggles and sacrifices made by Ogoni sons and daughters over the years.

He said: “For me, it is a fulfillment of the sacrifices and pains over the years.

“It is actually an acknowledgement by the government and even the polluters that indeed what we have been saying all the while is just true.
“You know they try to deny all of these issues.

“The UNEP report shows that our claim is right and for us, it is a fulfillment for us that indeed the government is actually acknowledging that our struggle was justifiable.”

Nkpon Amon, the Speaker of the Ijaw Youth Congress, has pledged the group’s readiness to partner with the Federal Government for a successful flag off of the Ogoni clean-up exercise.

Amon made the pledge in an interview with NAN on Wednesday in Port Harcourt.

He said IYC would take advantage of President Buhari’s visit to address the youths of the area on need to avoid politicising the UNEP Report implementation.

He said: “We are ready to give all the necessary support to ensure that the President’s visit yields its expected dividend, which would translate to a better environment in Ogoniland.

“We shall also advice our youths against using political sentiments to disrupt the good intent of the UNEP Report implementation.

“Ogoni is amongst the Niger Delta communities and so the UNEP Report implementation has always been part of our request to the federal government.

“This clean-up exercise would be recorded as one of the fulfilled campaign promises of the President to the Niger Delta people and we as a body, applaud this exercise.”

Amon also urged various committees of the Federal Government in charge of the clean-up to incorporate youths from the area in the implementation exercise.

According to him, the youths should be well informed on the good intent of the Federal Government’s UNEP Report implementation to avoid misconception by uninformed youths.

However, Amon said IYC was united in its activities and had no factions.
NAN.