The Kaduna state government has embark on massive  roads construction and rehabilitation within and around the metropolis, recognising the fact that good  road networks are  vital keys for  socio-economic development.

The APC government in the state with its promise to make “Kaduna Great Again”, have  since gone to work, as the state now is witnessing a tremendous development in roads construction and rehabilitation. 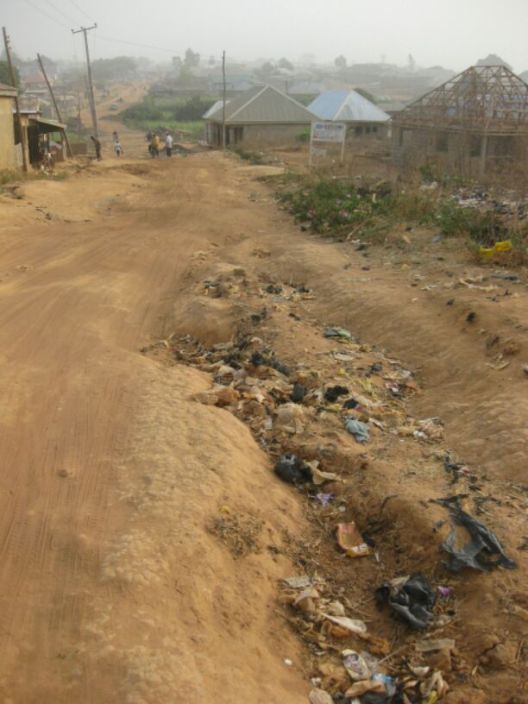 The community lacks good motorable roads. Most of the roads that are motorable are those that have been haphazardly maintained by the community.

One of  the strategic and important road in the community is the Janruwa road. The road which serves as link between Ungwan Boro, Janruwa, Kamazou and Yakowa Way is also an alternative route to the heart of the city.

Aishatu Habu Inze a resident of the community said “the Janruwa road is in a very bad state; filled with dust, pot holes and poor drainages. During the raining season, it becomes difficult for passersby and vehicles to move on this road.

“On several occasions, cars have been found stucked on the road. Other times, in trying to dodge from pot holes, accident ensue.”

Inze further added that “if the road is fixed, the people of Ungwan Boro and other neighbouring residents will benefit greatly. If the road is constructed the dust which causes ill health will be eliminated and accident will be minimal.”

Bala Iliya a commercial motor cycle rider also known as Okada, who also spoke on the issue lamented on the bad state of the road.

According to him, “the road has slow down the pace of development in this area and has affected our businesses in negative ways. Most of the problems associated with our motor cycle today, can be attributed to that road.”

Iliya  stressed that if the road is constructed, commercial activities along the road and environs will be boosted. He however, commended the government for its efforts in developing infrastructure in the State.

The Janruwa road if constructed will be capable of reducing the heavy traffic often witnessed through other routes that lead to the heart of the city. Also, it can lead to an increase in economic activities in the area.