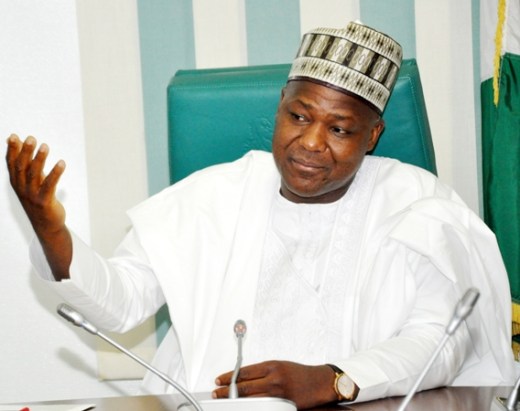 The Speaker of the House of Representatives, Yakubu Dogara, on Sunday asked four ministers to appear before lawmakers at the National Assembly for a series of debates on how to diversify Nigeria’s oil-based economy later this week.

Mr. Dogara said the initiative, themed: ‘sectoral debate,’ is part of the legislative agenda of the 8th National Assembly.

In a statement posted on his personal website, Mr. Dogara said the sectoral debates will focus on addressing issues of national importance, from communication to social welfare, and will feature ministers and lawmakers.

The ministers invited for the first instalment of the debates, which will hold during House plenary sessions, include Minister of Information, Lai Mohammed; Minister of Agriculture, Audu Ogbeh; Minister of Finance, Kemi Adeosun; and Minister of Solid Minerals, Kayode Fayemi.

“The House of Representatives is billed to commence sectoral debate on aspects of the Nigerian economy on Tuesday, May 3rd 2016.

“The sectoral debate is consistent with the 8th Assembly’s Legislative Agenda and Standing Orders, and will address challenges facing different aspects of the Nigerian economy.
“The first Sectoral Debate shall cover “Diversification of the Nigerian Economy: Real Sector Development,” Mr. Dogara said.

Although Mr. Dogara said the modalities of the debates is still subject to House’s approval, he released proposed schedules for the event on his website.