‎‎Senator Danjuma Laah‎, Senator representing Southern Kaduna Senatorial Zone on Sunday condoled people of Southern Kaduna over the death  of the Gyatyap of Atyap land, Dr. Harroson Bungwon, who died in his sleep at his Palace in Zangon Kataf town, Zangon Kataf Local Government Area, LGA of Kaduna state on Wednesday at the age 67. 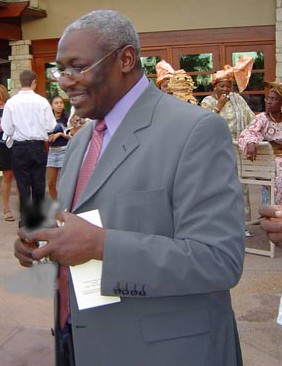 In a Statement he personally signed and made available to newsmen in Kaduna yesterday Laah said: “I wish to condole the great people of Atyap Traditional Council,  Atyap land and indeed  the entire Southern Kaduna zone over the lost of our paramount ruler,  Gwatyap, Dr. Harrison Bungwon.

“He was not only an inspirational leader of the Atyap nation, a  wise counsellor, a leader totally committed to the wellbeing of his Chiefdom, he was a peacemaker and treated all the various sub-groups in his chiefdom with  dignity.

“As we mourn this monumental lose of our father and mentor, I call on all the people of Atyap Chiefdom to rally round his immediate family  with every needed support, especially  with prayers at this their trying period.

“I pray that God our creator heals our hearts and grant  us succour in this sad period.

“May his gentle soul find eternal rest in the bosom of the Lord”
Bungwon had a PhD in Mechanical Engineering, lectured at the Kaduna Polytechnic and became Kaduna State Commissioner of Works in 1993. He  went back to his lecturing job  before ascending the throne in 2005.