How UNICEF Saved us from Climbing 3,334 feet Rock in Search of Water – Kaduna Community

By ALEX UANGBAOJE, Kaduna
Residents of Nok village in Jaba Local Government Area (LGA), of Kaduna State, has disclosed that the United Nations Children’s Fund (UNICEF), was the angel sent by God to deliver them from an aged long suffering of climbing to the top of a rock of over 3,334 feet in search of water.
The community revealed that for over 1000 years, (that’s as far as the currently generation can think of) since their ancestors came down from the mountain to a lowland, they have to consistently climb the mountain, called ‘Jordebo’ to the top where their only source of water is located, until 2016 when UNICEF came to their aid. The mountain according to history, was where the ancestors of the Nok people lived for several years before they later came down to reside at the flat land bottom of the rock. 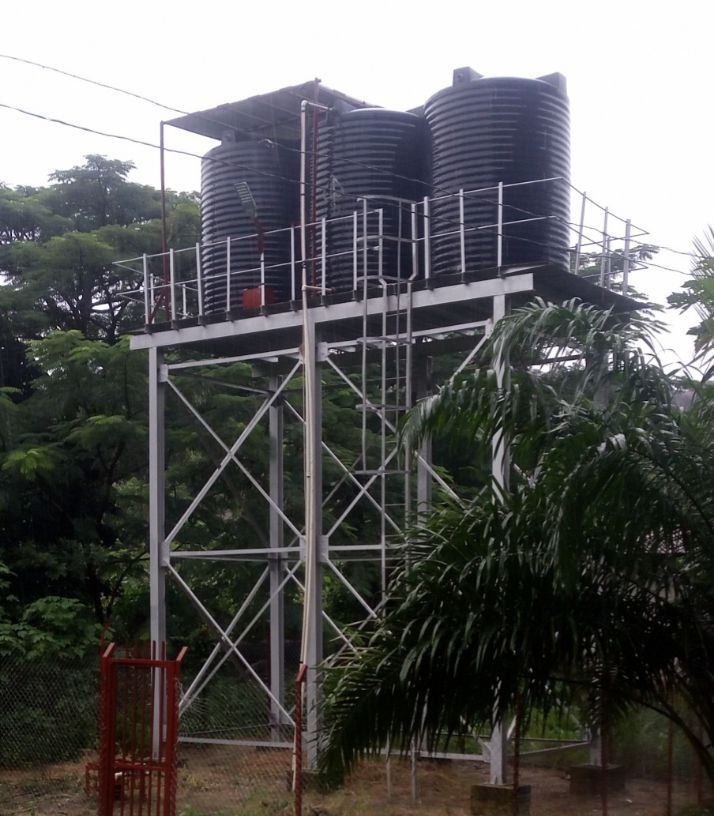 UNICEF, in 2016 seeing the hardship the people go through to get water, provided them with a 15,000 litres solar powdered borehole to ameliorate their suffering, as part of the implementation of Sanitation Water and Hygiene in Nigeria (SHAWN II), project.
The SHAWN II, is a Water Sanitation and Hygiene (WASH) project, in Kaduna state, funded by the UKAID through her Department for International Development (DFID), in collaboration with UNICEF and the Kaduna State Government, through the State Rural Water Supply and Sanitation Agency (RUWASSA).
Nok village is located in Southern part of Kaduna State in Nigeria, about 210 kilometres from Kaduna city. The Nok civilization was discovered in 1928 due to tin mining that was happening in the area and earned it’s name due to the Nok civilization that used to inhabit the area from around 500 BC, according to history. The Nok people are dominantly Christians, know to be the earliest producers of life-sized Terracotta in the Sub-Sahara. They were aslo known to make some of the oldest and culturally intriguing sculptures found in Africa.
The village which currently houses a National Museum, called Nok Terracotta Museum, has produced numerous businessmen, politicians, captain of industries, prominent academia , etc, such as the late foremost biochemistry Professor, Andrew Jonathan Nok. 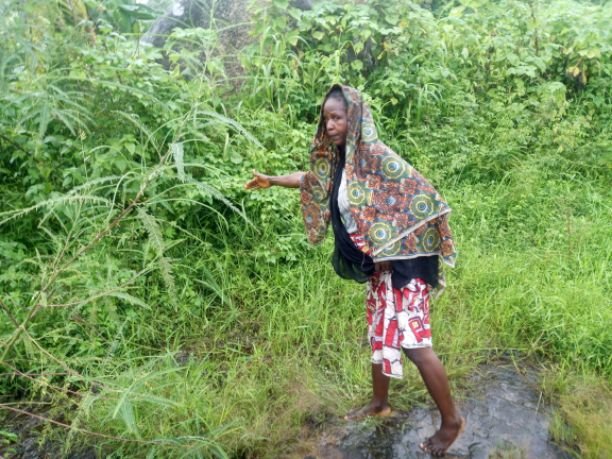 Christiana Joshua explaining how the water from pond flows and where they stand to fetch from it.

Explaining the hardship they have gone through in getting both drinking and washing water, Christiana Joshua, a 47-years old mother of 5, said, “I have been climbing this rock for the past 30years, since I got married in this village.
“As a young married woman, I don’t expect my husband who is always off to farm to be fetching water for me, even though the rock is very high and slippery, especially during raining season. I really went through a lots of hardship getting water from the rock, climbing it is not even the major issue, but if you are climbing down with the water on your head, that’s when you face the most difficulty.
“It becomes more intense when you are pregnant, I carried all my pregnancies and basin of water on my head from this rock, in fact, I gave birth to my first child on top of the rock with no one’s help. I never knew I was going to deliver that day but was already very heavy and I needed water, so I had to climb, it was that force that I climbed with that led me into an emergency delivery, but thank God it was successful. 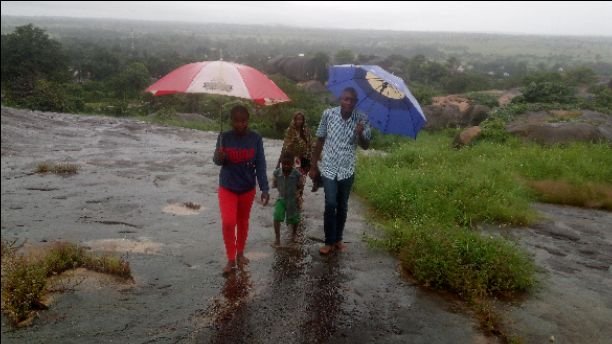 Mary Yang, showing the visiting journalist the pond on the rock

“The whole of Nok village used to climb this rock, once its dry season, because there was no water sources anywhere in this area, except for the few rich people who later dug boreholes in their houses and they will not allow you fetch unless you pay for it. So many people wanted to dig their Wells, but there is rock everywhere under the soil that you can not break, so the community almost lost all hope of getting water, before UNICEF came in 2016 when we were not even expecting.”
She however, thank UNICEF for supporting the state government and remembering them when they have already lost hope of ever gaining access to quality water, adding, “history will forever remember those who made it possible.”
25-years old, Mary Yang, who guided journalists to the top of the mountain, also shared her experience as a child who grew up in the community. 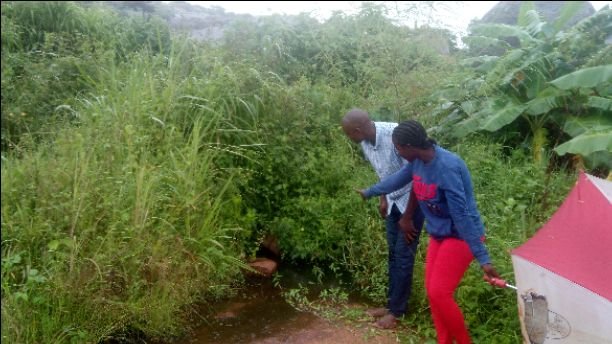 Mary Yang, showing the visiting journalist the pond on the rock.

According to Mary, “it takes up to 30 minutes to get one basin of water down from the rock, I usually felt very weak each time I come back from the rock. Sometimes, I have to climb it for three times a day because there are so many things to do with water; i will wash the chores, clothes, take my bathe and do some other things too.
“But thank God for the coming of WASH because they have made life easy for me, since they gave us this borehole I never have any reason to climb the mountain anymore, except I want to have a feel of nature or take some visitors around.”
She explained that, the water source is a pond sitting at the topmost level of the rock, which is mostly yellowish in nature during dry season, but becomes clean and pure during raining season and that there were times people sleep on the rock waiting for the water to become clean amidst long queue. 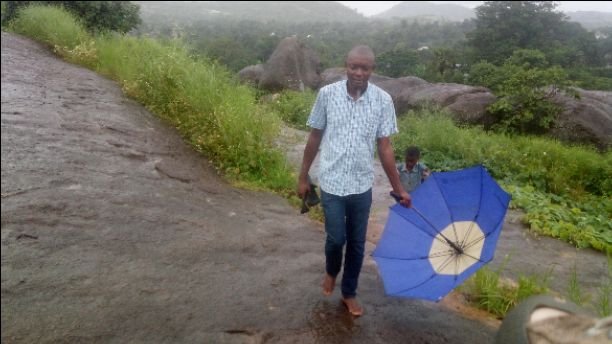 “Sometimes, when the rains are much, the water overflows from the rock and flows downwards and during that period you may not need to go up, even though the rush is not much and the community will queue up. During that period, the path to the top of the rock becomes slippery, and we had cases where women fell try to come down with water on their head. And there are spots where you have to sit down to cross certain obstacles.” Mary added.
Another Woman who also shared her experience was, Victoria Marcus, a mother of five, she noted, “one of the things i will forever be grateful to God for, is saving us from dangerous animals who equally goes to the water pond in search of water for their own survival.
“The water was not a good one, but we drank from it all these years because we don’t have any option and we know the health implications of drinking it, but there was no help. Thank God we have gone past that era now. And you can hardly find our children fall sick. God will bless UNICEF.”