United Gbagyi Political Forum has thrown their weight behind the reelection of the Kaduna State Governor, Malam Nasir el-Rufai, as governor of the state.
The group in their resolution after a meeting on the eve of the gubernatorial and state assembly elections, read by Comrade Tanko Yahaya, explained that, “after making analysis on the political strength, weakness and ability to deliver the will of the people, have unanimously endorsed the candidature of Malam Nasir Ahmed el-Rufai of the All Progressive Congress (APC) as our consensus and adopted candidate at the forthcoming poll of 9th March 2019.” 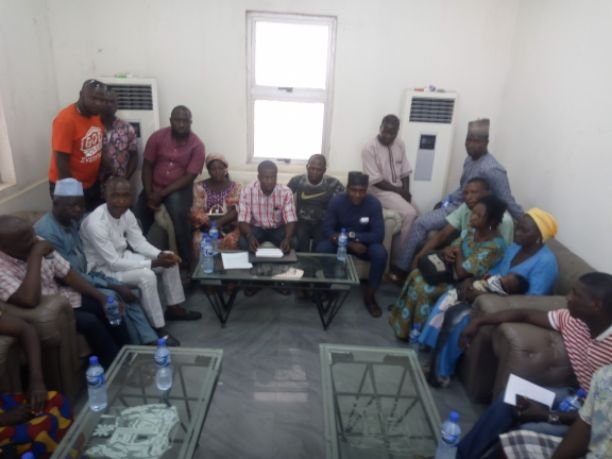 “This decision is borne out of the dynamic and purposeful leadership of Malam Nasir Ahmed el-Rufai in the last three years; his style of leadership has been a proven record of excellence and versatility.
“The Gbagyi people have indeed had it good in the administration, under His Excellency’s administration our Traditional Institution was upgraded and given a better recognition by the state government, the governor have made our Local Government a choice location for economic and industrial hub, not to mention the huge infrastructural developmental projects spread across our communities ranging from primary health care facilities, schools, roads, rural electrification and urbanization,” the group said.
The group, said they believe that a vote for Gov. el-Rufai is a vote for continuity in terms of developmental strides and for more political recognition of Gbagyi sons and daughters in the governance structure of Kaduna State.
“We believe that Malam el-Rufai will stop at nothing at returning the lost glory of the Gbagyi people in Kaduna State and will give us the right standing politically,” the group added.
They therefore, called on all their sons and daughters, traditional rulers, religious leaders and all relevant stakeholders to rally round and join the great movement of returning Malam Nasir Ahmed el-Rufai as the next Executive Governor of Kaduna State.
“We should not be distracted by selfish political merchants and agents of retrogression and do that which is needful and ensuring that Gov. Nasir el-Rufai is returned elected,” they added.
They prayed for peaceful elections, while calling on all their sons and daughters to respect the laid down laws and act in accordance with the guiding principles of the country’s electoral laws.
The United Gbagyi Political Forum is an umbrella body of all political actors in Gbagyi communities, it is a politically conscious group of true democrats and advocates of good governance.