20% of Maternal Mortality Caused by Iron Deficiency – UNICEF …..move to check it

By Alex Uangbaoje, Katsina
The United Nations Children Fund (UNICEF) has revealed that about 20% of total deaths of women during pregnancy annually is caused by iron deficiency.
“Iron deficiency in women is among the leading causes of maternal mortality contributing 20 per cent of total annual deaths.” 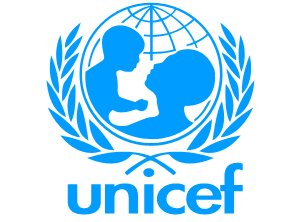 Padmavathi Yedla, UNICEF Chief of Field Office, Katsina and Kano states disclosed this during the launch of Anaemia Reduction in School and Non-school Girls (ARISING), project at the weekend in Rimi community, Katsina state.
Padmavathi, said the project is aimed at addressing iron deficiency in girls and pregnant mothers, thereby reducing maternal mortality in the state and country at large, saying, the National Strategic Plan of Action for Nutrition (NSPAN) revealed that the prevalence of anaemia among women in Nigeria is 63 per cent.
According to her, reaching out nutrition interventions to about 20 million girls in Nigeria, with an average age of marriage being 15 years, will go a long way to not only reduce anaemia among the age group, but would save the lives of many adolescent girls from maternal deaths and children from malnutrition in the future.”
She added that women would also be counseled on child spacing and appropriate diet to be taken particularly during pregnancy.
The Chief, explained that Vitamin A supplement for children protects them against the major child killer diseases like cholera, pneumonia and diarrhoea.
She further said UNICEF would continue to support the project and other child survival and development programmes to enhance the wellbeing of Nigerian children, noting that the state was selected for the pilot project in Nigeria, pointing out that it will be implemented in Rimi, Kankia and Kafur Local Government Areas.
“The lessons learned will inform the scale-up of the project not only to other parts of Katsina, but other states in Nigeria.
“Katsina state is selected for the pilot project in view of the high political commitment of the state government and her positive response to issues of children and women,’’ she explained.