Worried by the way people defecate openly in most of their communities, traditional and religious Leaders in Kaduna State lament the lack of appropriate laws to implement the campaign against open defecation, thereby calling on the Local Government Council to provide them with laws to back their enforcement.

United Nations Children’s Fund (UNICEF) in 2018, said that it is determined to ensure that the state is declared Open Defecation Free (ODF) by 2025 with the implementation of the Sanitation, Hygiene and Water in Nigeria (SHAWN II) project. 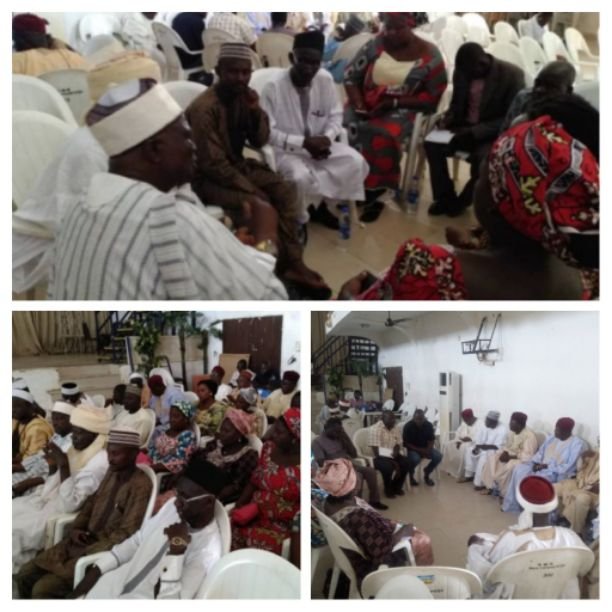 The leaders, who spoke in Kafanchan, Jema’a LGA, during an “ODF sensitization meeting for Traditional and Religious Leaders” organized by UNICEF, unanimously agreed that the best way to easily attain ODF is for government to help them with enabling laws to enforce the campaign.

“It is important that the Local Government comes up with a law because sometimes we do have problems with our people in times of enforcement, some will tell you that there is no law that gives you that power. That is why we need those laws.” He added.

According to him, there was a time he gave an order to every household in his district to make sure they have at least ‘a pit toilet’ in their houses, few of them did and others disobeyed, saying with “a law, there will backing for whatever action that will be taken.”

Reacting to the traditional and religious leaders demand, Chairman Zango-Kataf LGA, Dr. Elias Manza, assured that the LGAs will not waste time in ensuring that such laws are put in place in a very short time.

“This demand is just emerging, the fact that this is being brought up for us to key in, is something that we need to work together with the district heads, community leaders and leaders of the LGAs in order to ensure we overcome the issue of open defecation. And the law will be in place in a short time from now.

“One of the major things the district heads raised is that if we do not have any laws with which to confront people, it will be difficult, it’s a good idea. There is no reason we should not support the bye-laws; whether to review the existing one or to put up another one”.

“One would definitely want to support this view that it will make it easier for those who would be required to implement content of the bye-laws to do so with some level of ease.” He explained.

Dr. Manza, said, realizing that open defecation could lead to different challenges and various diseases and the fact that health system in the country is not as strong as anyone would wish, the extent to which UNICEF is going about the campaign is commendable and that it is now left for the LGAs to do what is required of them.

He expressed hope that ending open defecation in the state is possible, but noted “what usually happens is sad to say, we are generally low in discipline, but with vigorous campaigns across the different strata of our society, with different stakeholders to have as many people to buy in.

“And with the elements of the bylaws we are talking about and ” people know that it is mandatory for them to have toilets in their houses, there is no reason why we will not achieve an open defecation free society.”

Also speaking, Vice Chairman of Jema’a LGA, Mr. Mgboni Micah Digah, who noted that open defecation has really affected the people especially those in the rural areas, due to their ignorance, said the time has come for Local Governments to take responsibility of sensitizing the people to make it known that it is not healthy for their lives.

“I assure you that we as a Local Government will enforce it using the the WASH Department in particular to sensitize people at the rural areas so that within the shortest possible time open defecation will be history.” Digah said.

On her part, Theresa Pamma, the WASH Specialist, UNICEF Kaduna Field Office , pledged UNICEF support for the review of the LGAs bye-laws.

“We are going to support the LGAs through the state to review LGA bye-laws, I know that there were local government bye-laws in the past, but they have become obsolete, so we are going to work towards supporting government in reviewing LGA and community bye-laws and ensure that the implementation is supported at the LGA level. We will also create much awareness amongst key stakeholders.” She said.

On her assessment of the ODF campaign in the four LGAs of; Kachia, Jaba’ Jema’a and Zango-Kataf which are participating at the meeting, Mrs. Pamma, said “all the LGAs have improved, but with all sincerity the most improvement have come from Jaba and Kachia LGAs.

“The highest number of ODF communities that we have are from Kachia LGA; 447 and followed by Jaba 255. But if you look at the number of communities in each of this LGAs, then most progress has come from Jaba local government. And we are looking forward to Jaba being declared ODF in a couple of weeks or months.