The Africa Media Development Foundation (AMDF), has reiterates its commitment to continue to promote press freedom and freedom of expression in Nigeria and beyond.

AMDF, also laments the way and manner journalists are being treated in Nigeria, saying, “Journalists and bloggers in Nigeria are no longer at ease to publish reports perceived to be unfriendly by those in power; especially stories on politics, terrorism among others. A number have been recalled from their beats or jobs.

” It is rather unfortunate that in Kaduna state North West Nigeria alone, over 5 five journalists have been arrested in less than two years on different charges but all geared towards shutting down the press.” 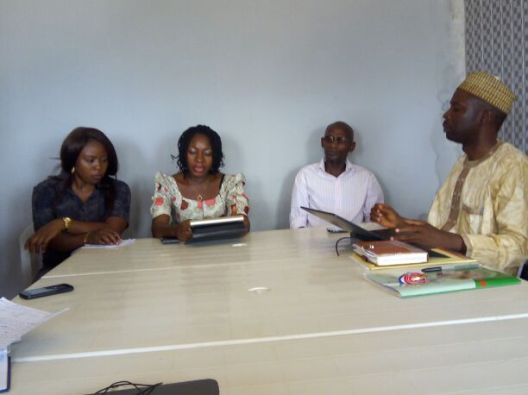 Sekyen Dadik, Coordinator of AMDF, made AMDF’s position known on Wednesday in Kaduna at a media forum to commemorate the 2017, World Press Freedom Day.

“As a day of reflection among media professionals about issues of press freedom and professional ethics, we call on journalists not to be threatened or intimidated but to ensure the highest standard of professionalism is implored in carrying out their mandate.

“As a day of support for media which are targets for the restraint, or abolition, of press freedom; we call on the general public to rise up and join the media in crying out against every attempt to gag the press which is the hope of the voiceless.

“As we use this opportunity to remember those journalists who lost their lives in the pursuit of a story, and stand also with those who are in court for one story or the other; AMDF calls on the government at all levels, especially Kaduna state to consciously create space for press freedom and freedom of expression as no government will achieve meaningful development by gagging the press and limiting freedom of expression.

“We enjoin them to see the press as partners in development not as enemies that must be put down, as such open up for criticisms and see it as an opportunity to meet the yearnings of their followers.” She added.

Sekyen, explained that, “the World Press Freedom Day provides a platform to remind governments globally of the need to respect their commitment to press freedom. This has become pertinent in Nigeria as the recent press freedom index reveals a fall from 116 to 122; this has placed Nigeria on the red-zone for press freedom on the globe.

“3rd May is dedicated yearly to celebrate the fundamental principles of press freedom; to evaluate press freedom around the world, to defend the media from attacks on their independence and to pay tribute to journalists who have lost their lives in the exercise of their profession.”

She therefore, appealed to development partners and the civil society to lend their voices in speaking and calling for action against every attempt to muzzle the freedom of expression.